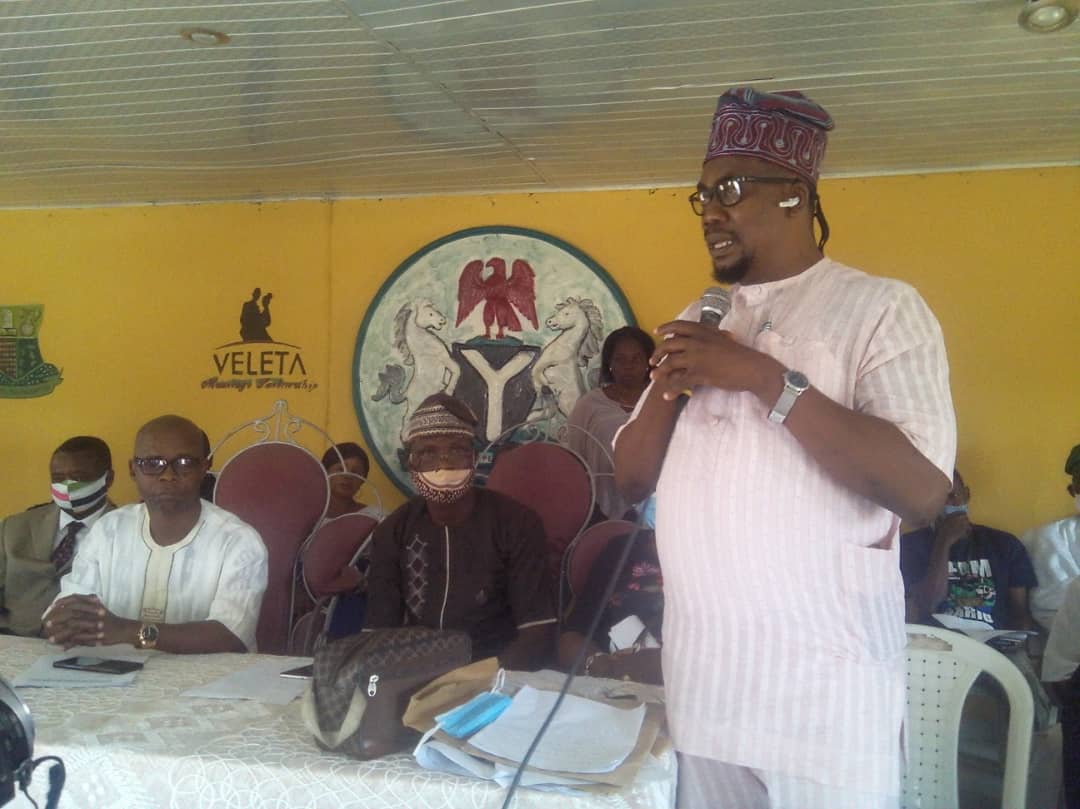 Following the decampment of Zenith Labour Party (ZLP) Members In Oyo state into the state chapter of All Progressives Congress (APC) on Tuesday by loyalists of former governor Rashidi Ladoja, headed by the party’s governorship candidate in the 2019 guber election, Sharafadeen Alli, Special Assistant to Oyo state governor on Community Relations, Honorable Olufemi Josiah has said that the move was a product of impatience and frustration.

Josiah made this known exclusively to sunrisebulletin.com on Wednesday 3rd March while reacting to the decampment of ZLP members in the state to the APC.

The Governor’s aide who was a former lawmaker of the state house of assembly and a one time executive chairman of Ibadan North West local government maintained that there was no need for such untamed impatience from the ladoja’s men.

He said that Governor Makinde’s government is merely less than two years old and a lot could still be achieved together but the Sharafa Alli led opposition chose to join the APC out of desperation.

“There is no amount of gang up that will deter the governor from succeeding on all the unprecedented capital projects and developmental policies currently under full implementation and execution.

“As a matter of fact, by the time we start to commission all the projects within one year from now, they will be so overwhelmed in their gang up that they will be frustrated to return to the PDP.

“It is just too early for any serious politician to want to be so hard on the governor over very personal issues. The thing is that, yes! Governor entered a coalition pact with them but ZLP currently have representatives in this government.

“I am particularly happy because they did not attribute their defection to APC to underperforme by the Seyi Makinde led government, it was purely on personal ground.

“Secondly, as a politician of their standing, they should know that if the governor has not fulfilled whatever promise he entered with you on personal ground but is performing fantastically well, so much that even your people in the entire state could feel the impact then you should deepen your personal talks not try to portray the governor in bad light before the unsuspecting members of the public.

“If anything, the present government deserves high commendation and maximum supports of everybody regardless of politics or political divides because of the unforseen challenges such that has never been before that it has had to deal with and still performing in the face of the challenges.

“Look my brother, some of those leading and spareheading the unnecessary agitation against Makinde on the backdrop of the 2019 coalition have been in government before and held very exalted offices, and we know how they fared and dealt with politicians yet nobody demonized them or portray them in bad light like they are doing now.

“Governor Makinde has promised and has kept on reiterating everytime the need for patience even among PDP members who are still expectant of something from the governor and the fact he has them in his plans is enough to make any serious politician heed the voice reason with the governor and be patient,” Hon. Josiah stated.

The governor’s aide however, urged for calm especially among PDP members in the state who might be tempted to attribute any political relevance to the ZLP decampment to APC.

Wed Mar 3 , 2021
By Henry Odeh     Following the fire inferno that gutted Sabo market in Oyo town yesterday, the Minority Leader of Oyo state House of Assembly, Honourable Ashimiyu Alarape, has commiserated with shop owners and the market committee. The lawmaker who is a former Speaker, noted that the market is […]