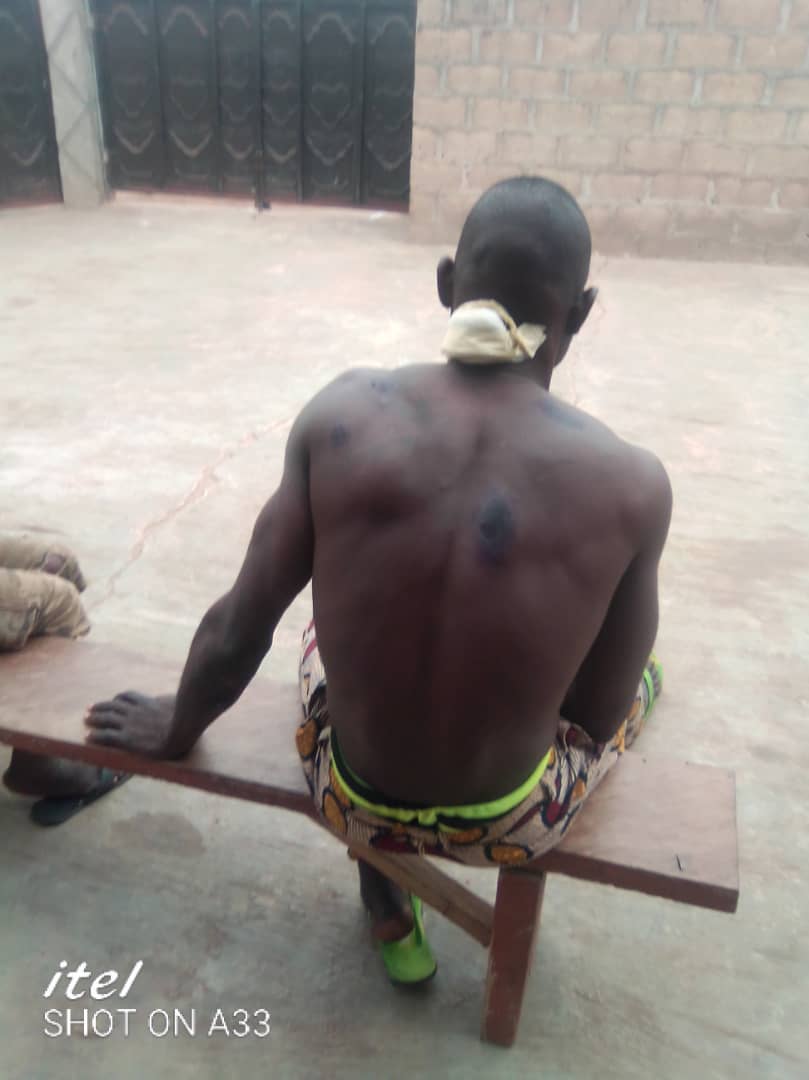 Following measures being put in place to improve the security situation in Ibarapa zone by the Oyo state government, another fresh attack was reportedly carried out by suspected Fulani bandits which has resulted into kidnapping of two people including one Miss Salami Sodirat, while another man who was said to be severely injured but survived is currently receiving medical attention at an undisclosed hospital.

According to Oladiran, one of the kidnapped victims, Sodirat, who was said to be a student of Royal Institution of Health and a staff member of Olugbon Hospital has since been in captivity of the suspected Fulani bandits.

The kidnappers have however, reportedly established communication with members of Miss Sodirat’s family, demanding for N1.5 million for her release.

According to Oladokun, “going by their accent when they spoke with the lady’s family, they are Fulani people but they are being very reserved in their communication as they are not letting go much of information.”

Another attack which was carried out at a farm settlement at Oyankalu area Lukosi, Ayete in Ibarapa North local government by the suspected bandits according to Oladokun, also resulted into serious injuries on Mr Kereku Yanmi, a farmer, aged 45, who is said to be receiving medical attention at another undisclosed hospital.

“Miss Salami Sodirat is a student of Royal Institution of Health which is at Eruwa, she doubles up by working at Olugbon Hospital at Igboora so, it means she goes to and fro Eruwa Igboora.

“She was kidnapped on the 7th of April among two other people. Ransom has been demanded and negotiation has been made with the kidnappers.

“They were reportedly Fulani kidnappers from their accent but spoke in French with family members. They have been very reserved for security reasons, they are not letting go off much information but we gathered that a ransom of N1.5 million has been agreed upon to be paid for her release.

“As the Convener of Igangan Development Advocate, last year, one of the proposal we submitted to the Office of the Executive Assistant On Security Matters to our dear Governor, is a rehabilitation of Eruwa to Igboora road.

“And as part of our own efforts at Ibarapa Development Forum, we contributed money and cleared the road, we did some repairs of the road but that was within our limited capacity.

“We believe that if the road is in good condition despite being a federal government road according to report, if the state can make the road cleared and make it an expressway, the kidnapping incidents will reduce.

“The case has been reported to the Police though, but the victim survived, he was rescued and he is now receiving treatment at an undisclosed hospital in Igangan.

“The report I also received is that the suspected Fulani bandits went to the Olukosi area, about six or seven of them and attacked the area but the people ran away.

“Unfortunately, they got one man who is a farmer, Mr Kereku Yanmi, they came with guns so they shot at him but I think he had all these African protective things on his body so, the gun didn’t enter his body. 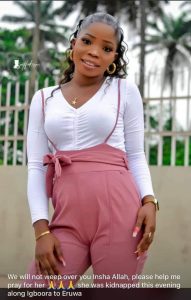 “They were on there way to the hospital, even Operation Burst security team already saw it, according to them they said they took some pictures.

“Right now, I’m trying to send one of my guys to the hospital to see if we can also take pictures of the man in his hospital bed,” Oladokun said.

Thu Apr 8 , 2021
By Henry Odeh   A group known as Yoruba Appraisal Forum (YAF) has warned those fanning embers of war in Yorubaland and championing the cause Nigeria’s disintegration to desist forthwith. The group noted that it has keenly observed and followed recent violent events in some states in the south western […] 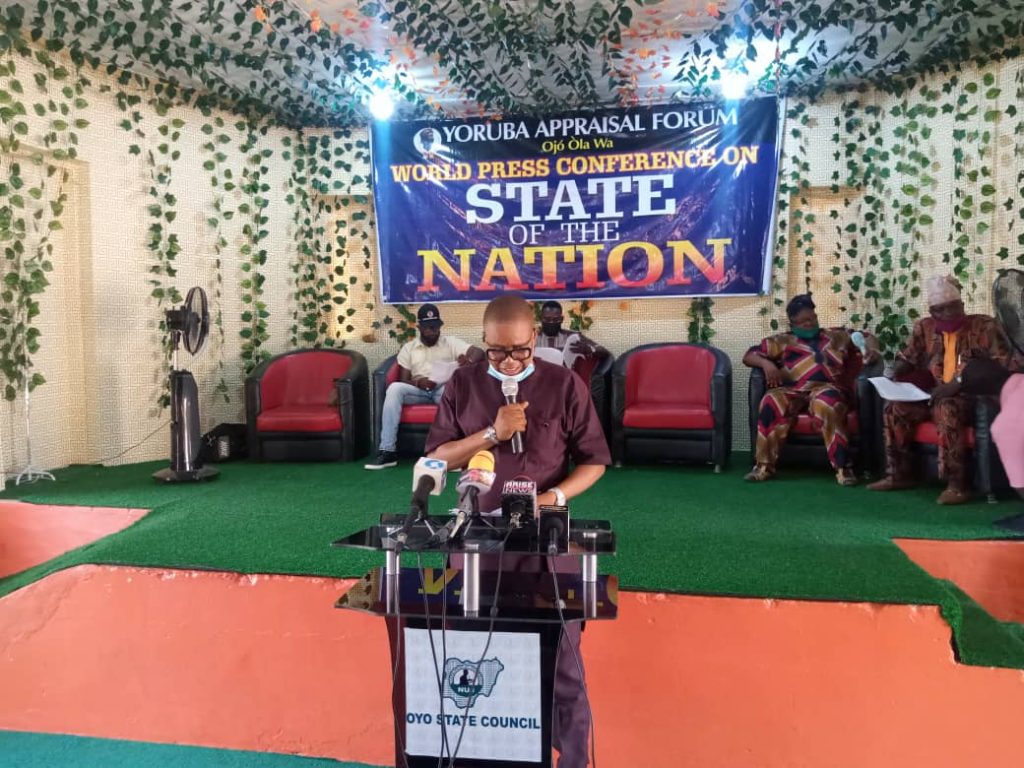