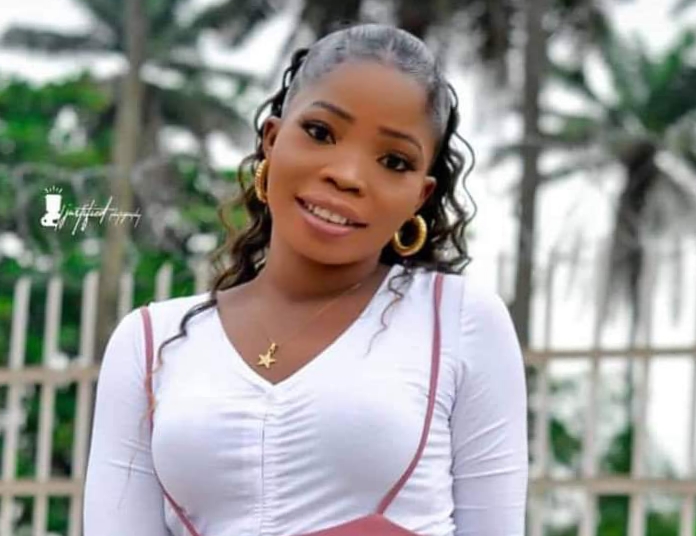 Barely 24 hours after it was reported that Miss Salami Sodirat, a student of Royal Institute of Health and staff member of Olugbon Hospital was kidnapped along Igboora Eruwa road, family of Miss Sodirat has been able to secure her freedom. Sunrisebulletin reports.

One of Miss Sodirat’s family member who spoke with sunrisebulletin via phone call on Thursday 8th April, confirmed her release adding that she has since been reunited with her family.

The Convener of Igangan Development Advocate, Mr Oladiran Oladokun also confirmed her release to this news medium when contacted.

However, according to an earlier report which quoted Oladiran Oladokun as saying that Miss Sodirat was kidnapped on the 7th of April among two others, also indicated that she was kidnapped around 9pm along Igboora Eruwa road in Ibarapa.

According to Oladokun, the kidnappers demanded for N1.5 million as ransom for the release of Miss Sodirat Salami from Miss Sodirat’s family but after much plea and negotiation, Oladokun said that the sum of N1.25 million (One million two hundred and fifty thousand naira) was agreed upon and paid as ransom before she was released later in the evening of Thursday 8th of April.

When asked about the remaining two others still in custody of their abductors, Oladokun who spoke in both English and Yoruba languages said efforts were still ongoing to locate families of the remaining two victims.

Details of the process adopted to secure Miss Sodirat’s release was not however, disclosed but her release has been confirmed by both her family member and the Convener of Igangan Development Advocate, Mr Oladiran Oladokun.

Oladokun however, appealed to the Nigerian police and other security agents including the Oyo State Government to ensure that the remaining two secured and reunited with their families.

Fri Apr 9 , 2021
All seven engineering courses at Ladoke Akintola University of Technology (LAUTECH), Ogbomoso, have been granted full accreditation by the Council for the Regulation of Engineering in Nigeria (COREN). Registrar of the Council, Engr. Prof. Joseph O. Odigure in a letter dated April 7, 2021, addressed to the Institution’s Vice-Chancellor, Professor […]