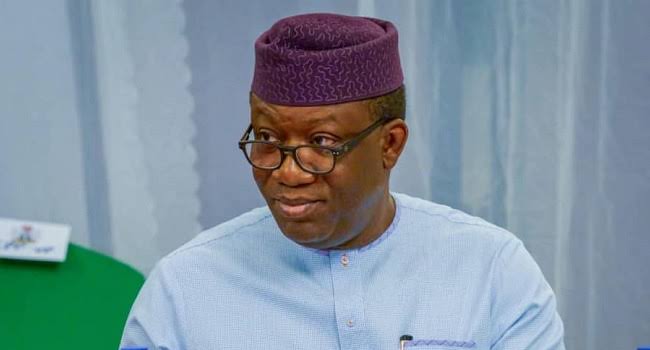 Following the increased multifaceted challenges ranging from heightened insecurity, dwindling economy, and others currently bedeveling the country as a nation, Nigerians have been advised by the Ekiti State Governor, Kayode Fayemi, to stay back and make Nigeria great instead of relocating abroad.

Fayemi urged youths eyeing relocation abroad to reconsider their plans and stay back to help make Nigeria a better place.

The governor also said youths should organise themselves on how to “kick out” the All Progressives Congress (APC) from office in 2023 if they are not satisfied with its governance style.

The governor made these known on Saturday while speaking at ‘The Platform’, an annual programme organised by Covenant Christian Centre.

Fayemi specifically spoke about Canada which, according to him, has a glass ceiling, unlike Nigeria.

“Don’t succumb to despondency, there is a lot to hail in this country. There is a lot to frustrate you, a lot to want to make you give up and pick that visa and go to Canada,” the governor told Nigerian youths.

“I know it (Canada) is a popular destination but you know what? There is also a glass ceiling in Canada. When you get to the top of it, you will now discover there is a glass ceiling there. This is the place where there is no glass ceiling, let us work towards making it a better place.”

Fayemi, who is the chairman of the Nigeria Governors’ Forum (NGF), did not mince words in asking those not in support of the APC to unite against the party, instead of lamenting about the state of the nation.

“Another election is going to come if you do not like what APC is doing. Organise, stop agonising, organise against the party. Link up with others who are organising and then kick the APC out of office and put people that you think will do better not creating a situation of anarchy.”

The governor urged young Nigerians to also hold those in their wards and communities accountable, instead of engaging in what he called “twitter revolution.”

“The space is more liberalised now, not like what we fought against during the military regime. I’m not talking about the ‘twitter revolution’. Many young Nigerians are cosying, giving it to governors and attacking ministers on Twitter and Facebook,” he said.

“Go to the wards, go to the communities and challenge what they are doing there. Hold them accountable.”

Meanwhile, former Minister of Sports under President Buahri during his first term, Solomon Dalung, earlier in January 2021 said that the All Progressives Congress (APC) led government has failed Nigerians.

Speaking during an interview with the Hausa section of the British Broadcasting Corporation (BBC), Dalung said the government has not fulfilled its promises to Nigerians.

He said despite being a member of the APC, it is his responsibility to speak out if things are not right.

Lamenting the high rate of insecurity in the north, the former minister said the situation is such that people fast and pray for days before embarking on a journey.

“Even if the journey is successful, you will still go to the hospital because of high blood pressure arising from fear during the journey. We have never experienced this kind of situation. Imagine in the north, before you go to your farm, you will have to pay gunmen to allow you farm. If you want to harvest your farm produced, you will still have to pay gunmen before they allow you to harvest.

“So how can there be farming in the North? We have never experienced this kind of situation. It is our APC government, but this government has not address the needs of Nigerians. It is our government, but if we are not doing the correct thing, it is our responsibility to speak out because we spoke against some people in the past and we need to speak to ourselves too.” Dalung said.

Speaking in the same vein, Senator Smart Adeyemi representing Kogi West Senatorial District at the 9th Senate of the National Assembly in a video that has since gone viral on social media since condemned handling of security in the country by the federal government which has resulted into heightened insecurity across the nation.

Adeyemi, according to the viral video lamented the insecurity in Nigeria, describing it as “worse than the civil war” and charged the senate to call on President Mohammadu Buhari to act fast before the security situation worsens.

“This is the worst instability we are facing; in fact, this is worse than the civil war. We cannot pretend that we are capable of confronting the situation in our hand,” a visibly livid Adeyemi lamented as he addressed other lawmakers present at the plenary.

He added: “The nation is on fire, the President must rise to the occasion. We cannot keep quiet any longer.

“It has gotten to a point that we cannot sleep with our two eyes closed. Our children are not free.”

He acknowledged that he remained a supporter of President Muhammadu Buhari, as a member of the ruling All Progressives Congress (APC), but insisted that the President must be told the truth.

The lawmaker joined the calls for the Muhammadu Buhari administration to seek help in addressing the security challenges in the country.

Sun May 2 , 2021
…says attainment of CAT 6 status is gov’s achievement Oyo State Governor, ‘Seyi Makinde, has been commended by the Federal Airport Authority of Nigeria (FAAN), Ibadan Airport, for the roles played by the state government in the recent attainment of Category 6 Status by the Ibadan Airport. Hailing the […] 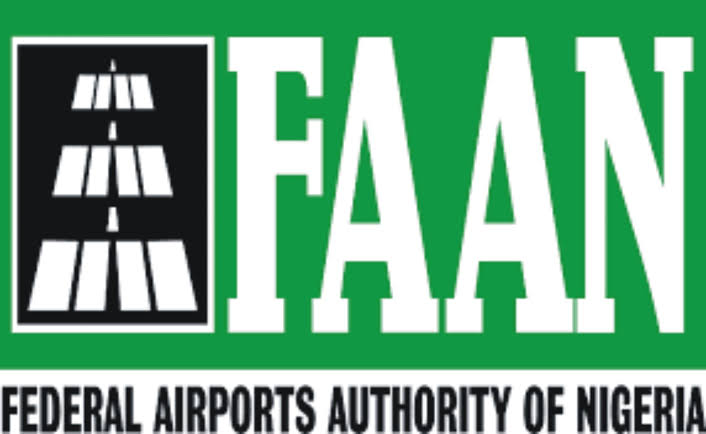