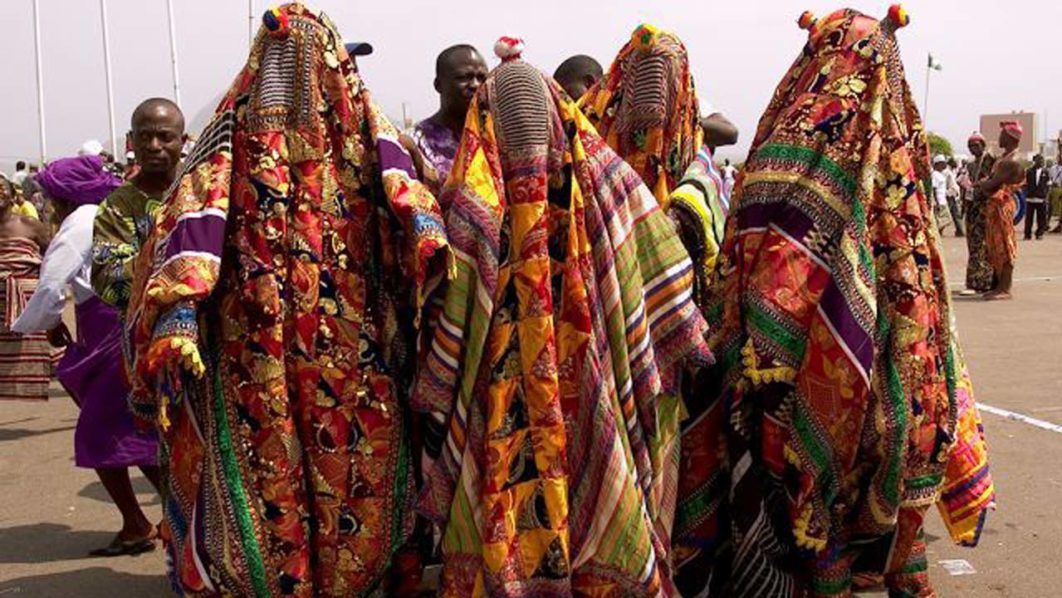 The Ondo State Police Command on Tuesday said its had arrested a masquerader and one of his followers for allegedly stabbing to death a 30-year-old man who refused to give them money.
The Commissioner of Police in the state, Mr Olugbenga Adeyanju, told newsmen that the masquerader, Olu Olowokere and his 75 year-old follower, Adaramola Ajuloko, allegedly killed one Femi Makanjuola during a festival in Akure.

“On Oct. 6, a 33-year-old Seun Makanjuola of Adu Memorial, off Saint Francis Grammar School Gaga, Akure reported at ‘B’ Division Police Station that his younger brother was stabbed to death for refusing give masquereder and his follower money.

“The masquerder, Olowokere, and one Adaramola Ajuloko were arrested while one Deji Dada of Jeje Street, Danjuma and Sunday Adaramola of Olorunsogo Street, Gaga,Akure are still at large,” he said.

The police commissioner said that the suspects would soon appear in court after the completion of investigation.