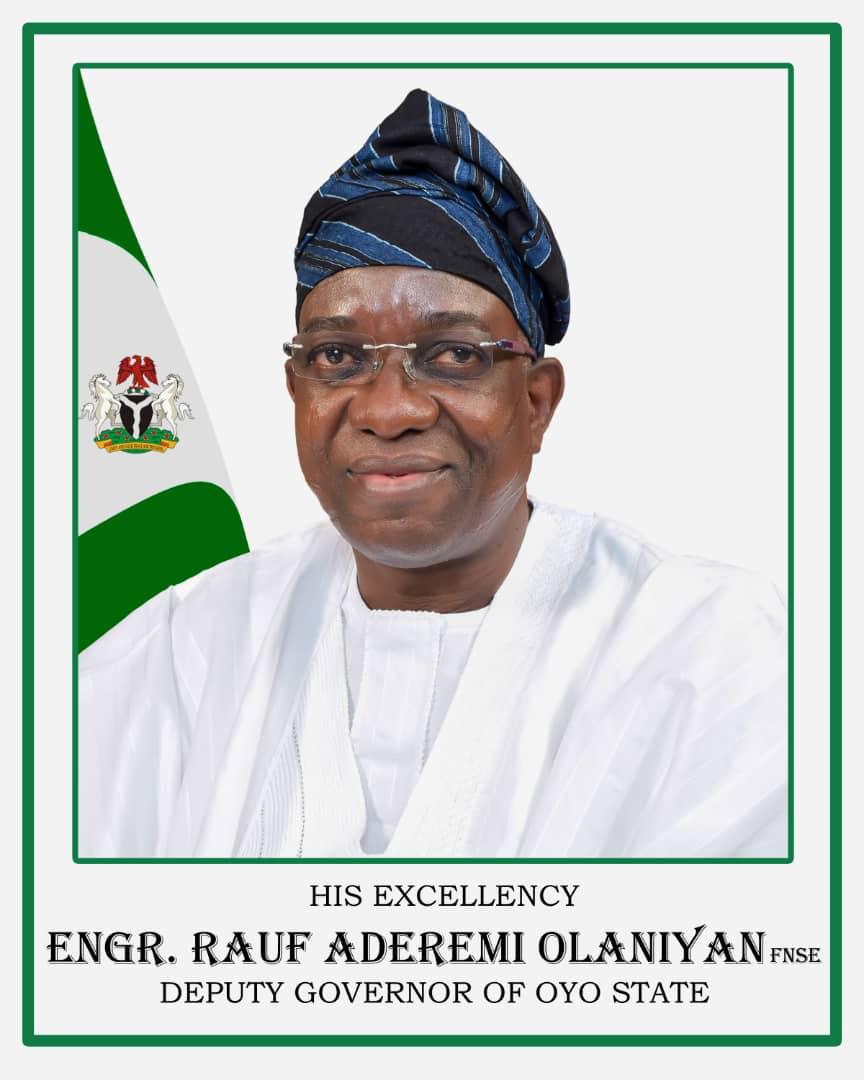 Members of the Oyo state house of assembly’s Peoples Democratic Party (PDP) Caucus has joined many other citizens to felicitate with the Oyo state Deputy Governor, Engr Rauf Olaniyan, on the auspicious occasion of his 60th birthday.

The PDP Caucus described the deputy governor as a pillar of trust and a reliable partner who has been able to successfully filled the gap for the governor in his absence even on national assignments, adding that his charisma and leadership qualities are exceptional which are evident in his private and public life.

Hon. Akintunde on behalf of Oyo Assembly PDP Caucus thanked the executive governor of Oyo state, Engr Seyi Makinde, for his foresight to build such a formidable team with such a man of vast experience and repute, describing the combination of the governor and his deputy as an undefeatable team.

He stated further that Engr Olaniyan is an exalted man who has continually exhibits exemplary humility to all that comes in contact with him regardless of social status noting that it is such level of calmness and humility in a high profile personality as the deputy governor that has endeared him to many both within and outside the state.

The lawmaker representing Lagelu state constituency added that the deputy governor is an extremely loyal, dedicated, and committed man to the development and progress of modern Oyo state under the leadership of the executive governor, Engr Seyi Makinde.

The statement reads in part: “We, the PDP Caucus of the 9th Assembly feels extremely happy to be blessed with such a dedicated and committed man in the person of His Excellency, the Deputy Governor of Oyo State, Engr. Rauf Olaniyan as he attains yet another milestone in the journey of life and the progress of humanity.

“We feel particularly blessed as a result of his leadership qualities and exceptional humility in relation with people regardless of their social status, this is no doubt a rare quality that has continually endeared him to many across all strata.

“We are confident that these are some of the impressive attributes and qualities that have won our amiable deputy governor the full trust of not just the governor but the good people of Oyo state.

AKT as he is fondly called however, charged other politicians in Oyo State to imbibe and emulate the life of Engr. Rauf Olaniyan so that the beautiful legacies of the present government under the leadership of governor Makinde can transcend many generations to come.