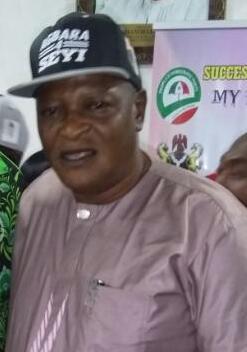 Following the screening and inauguration of the 14 new commissioners in Oyo state by governor Seyi Makinde last week, many have continued to wonder when the three additional commissioner nominees will be screened to make the total seventeen as proposed by the governor, but in a swift reaction by the Special Adviser to the governor on legislative matters who also is an ex lawmaker and majority leader of the house, Hon. Adejumobi Samuel Ademola popularly known as Agbarapo while addressing sunrisebulletin news correspondent in his office today has said that the house will reconvein before friday to commence the screening process.

He noted that governor Seyi Makinde being a law abiding citizen in his nature will not do anything outside the provisions of the rule of law. He noted further that before any commissioner can be appointed there has to be an existing ministry to which he or she is to be assigned before appointments can be made, and in full compliance with that rule,  governor Makinde had to wait for the legislative process that will create the ministries to be completed before making such appointment.

He stated that all is now set as the list of the three additional commissioner nominees has been sent to the house by the governor and the house will sit and do the needful before friday. He stated further that even though the house is currently on working recess, it will not stop them from urgently  reconveining to address matters of urgent public importance such as this after which they can continue with their working recess.

When pressed to reveal the likely names of the nominees, he said that the nominees in the usual spirit of fairness by the governor are from three zones including a 27 year old engineering graduate but their full identities will be revealed at the house when they come for screening.

He said the adminidtration of governor Makinde is creating a platform for future leaders from Oyo state by his age bracket appointment policy, he stressed that the few  commissioners that are elderly are to give balance and cohession to the cabinet. He however expressed joy at the way governor Makinde has continued to live by his every word noting that Makinde is an answer sent by God to the prayers of the people of the state.