OPINION:N100Bn Bond And The Need For Oyo State To Sail Forward| By Ajayi Oluwaseun Samson 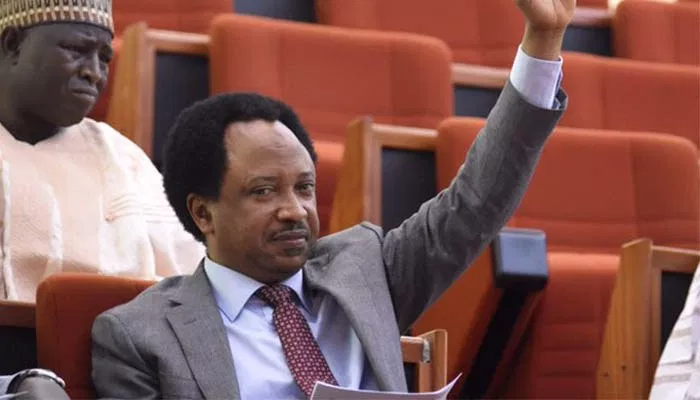 Mr Sani made this known in a statement by his Special Adviser, Political and Ideology, Suleiman Ahmed, in Abuja.

He said “It has become impossible for the senator to continue to co-habit with reactionaries and their perfidious and inimical style of politics.

“Sen. Sani maintains the highest respect and honour for President Muhammadu Buhari. However, we prefer to live in a Cottage of Honour than a mansion of shame.

“Sen. Sani is now free from the toxicity and infamy APC existentially represents. We left the APC for the emperors and their lackeys.”

Confirming the development to the News Agency of Nigeria (NAN) in an interview, the Kaduna State Chairman of the party, Tom Maiyashi, said the lawmaker is now a member of the party.

Mr Maiyashi said the lawmaker had been duly registered and offered membership card of the party.

He stressed that “Sen. Shehu Sani has registered with the party and his ward is Kaduna South.’’

Mr Sani on Sunday resigned from the All Progressives Congress (APC).

The lawmaker announced this in a letter addressed to the APC Chairman, Ward 6, Tudun Wada North, Kaduna State and obtained by NAN.

The letter, dated October 19, signed by the lawmaker and copied to the national chairman of the party, Adams Oshiomhole, however, did not state which party he would defect to.

NAN also reports that the party’s appeal committee had affirmed Mr Sani as candidate representing Kaduna Central after he was issued automatic ticket by the National Working Committee (NWC).

However, his name was substituted with that of Uba Sani, an aide to the Kaduna State Governor, Nasir El-Rufai.

Shehu Sani, however, did not participate in the election because he had been offered automatic ticket by the national body of the party.

Following the election, the senator, in a statement by his Special Assistant Media, Abdulsamad Amadi, said the process was ‘illegal’.

NAN further reports that the lawmaker had been having running battle with Mr El-Rufai, on the latest development and his defection may not be unconnected to it.

The Independent National Electoral Commission (INEC) had given political parties October 18 as deadline for submission of candidates’ lists for the National Assembly and state houses of assembly elections.