The gubernatorial Candidate of the PDP in oyo state Engr Seyi Makinde has Implored Gov Ajimobi to compensate fully those whose houses and shops were demolished Two years ago before he leaves office.

In a statement issued by his campaign organisation and signed by Prince Dotun Oyelade, Makinde said that contrary to the statement credited to the APC gubernatorial candidate, Chief Bayo Adelabu at different fora that the Governor has performed well and without blemish in the past seven and a half years, destroying the means of livelihood of poor people without adequate compensation or no compensation at all is classic crime against humanity. 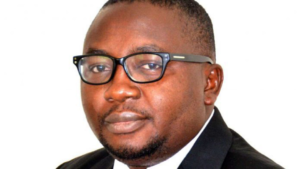 Makinde said that anyone who promises to continue with Gov Ajimobis Legacy as Chief Bayo Adelabu has said many times is telling us the following :

That LAUTECH will remain in permanent state of crisis and virtual extinction.

That the unsurpassed debt profile ,put at N157bn will continue to rise.

That Pensioners will continue to languish in hunger and deprivation in contrast to the opulence of the few government officials and their contractors.

Engr Seyi Makinde said that recent events have shown that it is better for a governor to win an election through the Trust of the masses than through the machinations of so called Godfathers who have no feelings for the downtrodden.